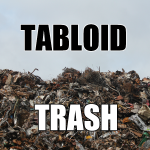 Kim Kardashian is keeping her home in Hidden Hills, California, but it’s costing her. As we told you, she and the artist formerly known as Kanye West – who are splitting up after almost seven years of marriage – negotiated a price for the place that they bought together for $20 million and completely renovated.

According to the paperwork filed with the Los Angeles Superior Court last week, Kim shelled out $20 million for the property. She spent an additional $3 million for the content of the house – furniture, fixtures, appliances’ collectibles, silver, and art in the home.

We’re not sure what Ye did with his sudden influx of cash, but he was spotting lunching with Michael Cohen again. This time, he was wearing a strange prosthetic mask – the same one he had on the day before in JFK Airport in New York City. The soon-to-be single dad and Donald Trump’s former fixer were joined by PR pro Ronn Torossian and Israeli judo star Or Sassoon at Sant Ambroeus Coffee Bar at the Loews Regency Hotel. While we don’t know what the conversation was, Michael said that Ye wore the mask to try and get some privacy after he’d been mobbed by fans when they arrived at the coffee bar.