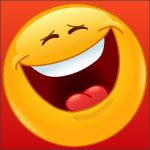 A new trend on TikTok has women pranking their partners by having them go into stores and ask for feminine products that don’t actually exist. The unsuspecting boyfriends and husbands have no idea they’re on a fool’s errand and apparently the videos are very entertaining to others because they’re getting millions of likes and views.

In one video with more than six-million likes, Kyle Winston comes out of the shop looking flustered and shaking his head. He tells his partner Jade, “I asked the lady, ‘Do you guys sell the Oochie Cooch 3000?’” He says the clerk looked at him like he was stupid at first, then she got on the store’s intercom system and asked if other associates know if they sell the fake product. The poor unsuspecting guy questions why everyone burst out laughing and as Jade cracks herself, he says, “I hate you Jade.”

In another TikTok with a million likes, Aileen Christine asks her boyfriend Deven Raise to find the “Squeaky Clean-a Vageen-a.” He returns to the car looking puzzled and says, “I knew that wasn’t a thing.” And this time the store clerk let him in on what was going on by asking, “Does your girlfriend have TikTok by any chance?” And he laughs it off, but tells her, “I’m never trusting you again.”