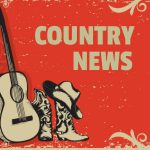 Eric Church is featured in the documentary Chasing Whiskey – The Untold Story of Jack Daniel’s.

Fans know that Jack is Eric’s favorite whiskey. He even has a song called “Jack Daniel’s” on his album Chief.

“Chasing Whiskey – The Untold Story of Jack Daniel’s,” the first ever feature-length documentary focused on the Tennessee Whiskey, features Eric and will be released to more than 850 theaters in the U.S. on May 11, 2020. Get your tickets now at the link.https://t.co/iJdWEZRigT